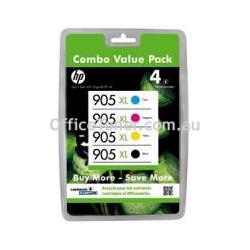 I don't believe it - the toner was here a couple of hours after I ordered it. That is service!!!

Wendy C.
November 17, 2009
I have just received the above order, placed 24 hrs ago. Thank you for such quick and efficient service and such great prices. Based on this experie ... more
Alexa L.
October 02, 2013
I want to compliment you on your quick delivery. My order was placed about 11 am, yesterday, Adelaide time, and delivered about 3:30 pm the same day. ... more
Ahmad M.
January 15, 2010
thx i got the ink today !

Russell H.
March 31, 2017
Thanks, awesome service. Arrived 0800 hrs next day despite cyclone Debbie activity.
Ralph C.
August 19, 2014
I've been using OfficeToner Supplies for the last 4 years and their genuine Canon cartridges have been great and more importantly their turnaround tim ... more
Akram K.
January 30, 2017
I highly recommend this company as I have been for years getting all my needs for my printer and photo copier from Officetoner , and I am always happy ... more
Marg M.
January 16, 2014
I live on an island and my order was here within 2 days! You can't beat that for service - thank you.
Leigh G.
November 14, 2013
Please pass on my thanx and appreciation for the fast delivery of my order.
I had only placed my order for toner late yesterday afternoon, it arrived ... more
Michael C.
September 30, 2015
I ordered in the afternoon and it arrived first thing the next morning. Very happy!
Peter H.
March 30, 2017
Terrific service - good products - what more is there to ask?
T P Solomona
August 06, 2014
I ordered late Monday afternoon and received the order the next day in SA. The price was the cheapest. Will definitely use Officer Toner in the future ... more
Roger F.
July 24, 2014
Like most small businesses nothing is as frustrating as when the printer stops working. When this happened I went online and ordered a Printer Drum Ca ... more
David K.
December 08, 2016
I was very pleasantly surprised to receive my Canon Printer order the same day as ordered.