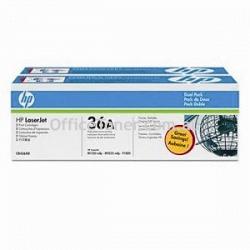 It was awesome to arrive home and see a replacement magenta toner catridge the very next d ... more

Tony B.
March 20, 2012
I gotta say "great service", the stuff arrived before the invoice!
Tony G.
April 04, 2016
Very Good value with super fast delivery highly recommended!!
Rob S.
May 03, 2016
I have been ordering my printer supplies through Office toner for several years now and have had nothing but excellent service. Good pricing with quic ... more
Michal L.
December 30, 2013
I'm a regular customer for Epson inks because they're price competitive and service is efficient. If you were to waive the $7.90 freight charge for or ... more
Ken R.
December 23, 2015
What GREAT service. I ordered at 10.36am and it was delivered at 4.44pm SAME DAY!!!!! In Christmas Week. You have won me forever!!
Mel D.
August 18, 2015
Amazing service! I ordered a Brother color laser drum unit at around 7.30am yesterday and it was delivered to my office in Northwest Sydney by 11.30am ... more
Lee N.
October 31, 2013
Wow! Ordered late yesterday afternoon, arrived first thing this morning. Well packaged, everything looks good. Thank you!
Glenn E.
August 24, 2015
Many thanks, my order arrived last week, very fast delivery, well packed.
A pleasure doing business with you.
Paul E.
March 08, 2016
Office Toner have never let me down. Very efficient and prompt. 10/10
T P Solomona
August 06, 2014
I ordered late Monday afternoon and received the order the next day in SA. The price was the cheapest. Will definitely use Officer Toner in the future ... more
Peter W.
November 26, 2013
Absolutely amazing. The best service I've ever had. My order actually arrived before the notification did!! N.S.W. to Melbourne in approx. 12 hours I ... more
Lou K.
April 29, 2014
I have been ordering toners for a number of years. There are a few positive comments I would like to make.

Maria M.
August 02, 2012
You guys are amazing!!! Parcel arrrived the next day...- unbelievable! Will be spreading the word about your company. Not only did I save money, but y ... more
More Testimonials  »
Other Products