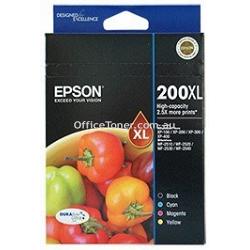 Katrina S.
January 17, 2018
Never had any problem with the cartridges. They're cheaper than the retail stores and order always arrives within a few days. Fantastic service and re ... more
Chris F.
March 11, 2009
Good one - we need this......love ya......Chris
Patty D.
May 31, 2018
I have been buying from Office Toner a number of years now. This is mainly because they have been consistently prompt in supply and shipping with the ... more
Josh G.
November 26, 2013
Such incredibly fast, cost effective and efficient delivery and service. Thank you for running a great business!
Wilson S.
April 24, 2014
Thanks for the fastest delivery that I ever had before. Well done.
Colin M.
January 22, 2015
First time - Ordered replacement parts for our Brother DCP-9055 noon Tuesday and arrived on my Adelaide suburban doorstep, noon Wednesday. Fantastic 2 ... more
Merv E.
February 20, 2015
Delivery was so quick! Will deal with you again.
Ian J.
December 16, 2016
Very impressed with delivery time for my order of a new printer. Ordered Tuesday and arrived yesterday. Would very much recommend OfficeToner.com.au t ... more
Robert B.
October 21, 2019
We have been ordering from officetoner.com.au since 2010, nine years of awesome service and super fast delivery and the Toner Cartridges are the cheap ... more
Ann
August 17, 2015
Very happy with service!
Rhonda S.
December 11, 2018
I ordered genuine toner cartridges at 3.30pm one day and took delivery of them at 7am the next morning. I don't know how you do it! Good prices for ge ... more
Ian M.
September 23, 2014
I live on a farm 8km out of Nimbin (northern NSW) & ordered cartridges yesterday about 2-30pm. Today, just 23 hours later, the courier truck drove in ... more
Jen H.
May 30, 2017
*****
5 stars!
Amazing! I ordered the product yesterday afternoon, it had been delivered before my husband left for work just after 8am this mornin ... more

Nicole M.
June 02, 2015
I have been dealing with Office Toner for some time now (at least 3 years) and have found them to be very cheap, very reliable and very prompt in the ... more
Kate B.
October 20, 2009
I just wanted to relay that I was impressed with your quick and efficient response to my order, as well as the good price, and I've already recommende ... more
Milton L.
January 13, 2016
Cheapest. Fast. Reliable. Thank you!
Kath M.
May 05, 2016
Great service as usual - great price as usual - AND a packet of snakes what more could you ask for from a company.
James T.
April 09, 2020
I ordered in Perth on Tuesday afternoon at 3pm, two toner packs were delivered to my door 22 hours later - that's service, the price was amazing too. ... more
Lida P.
September 29, 2010
Thank you for your user friendly site. My old school methods at times resist change but your fabulous service and polished online shopping makes the t ... more
Wayne E.
September 02, 2011
Just a short note to say what fantastic service you folks have. I ordered my printer supplies yesterday afternoon and they arrived on my doorstep in P ... more
More Testimonials  »
Other Products